Every year we invite experienced investors and entrepreneurs to be our Dragons. In 2021, the finalists have to present in front of these excellent Dragons! 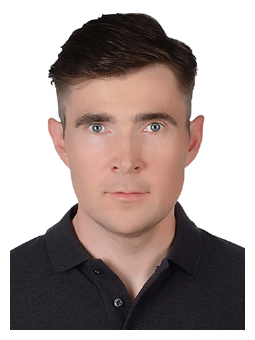 International angel investor with a passion for disruptive innovation and research, investing in people that want to reach their potential, both as a teacher and angel investor.

Dr. Nordling is also an Assistant Professor in Automatic Control at the Dept. of Mechanical Engineering and Joint Faculty of Miin Wu School of Computing at the National Cheng Kung University in Taiwan, as well as, a Senior Lecturer in Media Technology at the Department of Applied Physics and Electronics at Umeå University in Sweden. His research is focused on application of Artificial Intelligence and Machine Learning. He obtained both his Ph.D. in Automatic Control (2013) and his M.Sc. in Engineering
Physics (2005) from KTH Royal Institute of Technology in Stockholm, Sweden. 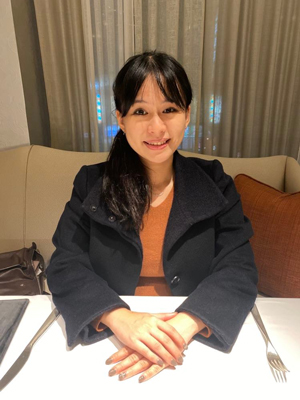 Tammy is a venture capital fund manager. She is the investment manager of Global from Day One Fund II (GD1 Fund II: https://globalfromdayone.com/), which invest​s​​ in ​early expansion stage ​B2B technology companies ​from the Asia-Pacific with the potential to be global leaders.​ GD1 ​Fund II​ has offices in Auckland &amp; Taipei with cornerstone investors, including the New Zealand Government VC fund of funds, NZGCP, and the sovereign wealth fund of Taiwan, NDF.

Tammy is also the board of director of vision AI company, Viscovery, and the board supervisor of the smart logistics company, LetsCargo (TW) on behalf of GD1. More recently, she is spearheading Pinehurst Advisors&#39; initiative in seed-stage investments. Prior to the VC industry, Tammy was responsible for providing lending and other banking solutions to clients across different sectors (i.e., network communication, electronics, and retail) in the corporate banking department at Citi Bank and CTBC. 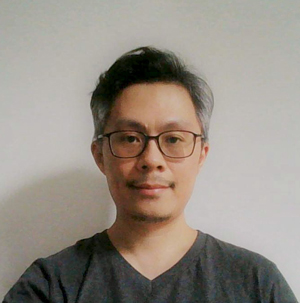 Ian Huang is the Founding Partner of Good People Ventures (GPV), a seed-stage fund focused on Enterprise SaaS, Cybersecurity, FinTech, Computer Vision, and EdTech. Before GPV, Ian was with AWS, working with government and enterprises to co-develop startup incubation programs. In addition, Ian had been the CEO of a software-focused venture firm. 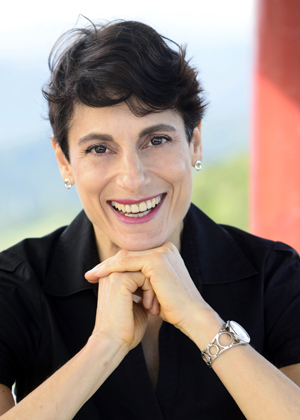 Revital is the CEO of Anemone Ventures, a company she set up in 2009. Anemone Ventures mission is to bring cutting-edge technologies and innovation into Taiwan in efforts to build local corporations’ technological competitiveness and to upgrade their position in the global technology value chain.

Revital was born and raised in Israel. She moved to Asia in 1999 and has worked and lived in Singapore, South Korea, HK and Taiwan. Revital made Taiwan her base for both family and business since 2002.

As a foreign entrepreneur she knows what it takes to set up a company in a foreign country.

Revital is also a professor at the Providence University, Taichung, where she teaches at a Global MBA program.

She Chairs the British Chambers of Commerce in Taiwan Women in Business Committee and is a member of the Chambers’ board.

Revital has always been deeply involved in Taiwan’s local business and social communities. She is actively engaged with international chambers of commerce, education institutions, government initiatives and the startup eco-system.

Revital is passionate about promoting Taiwan’s general business environment and is committed to:

Besides her business activities, she is parent, a wanna be triathlete and an outdoors lover. 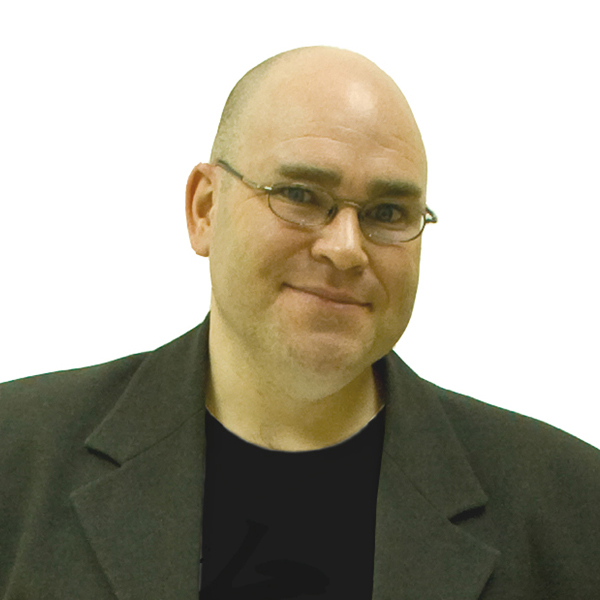 An investor in several startups, Elias is one of the original co-organizers and sponsors of Dragons’ Chamber.

In 2013 he published the book How to Start a Business in Taiwan (http://startabusinessintaiwan.tw/) to help foreign entrepreneurs and SMEs in Taiwan. 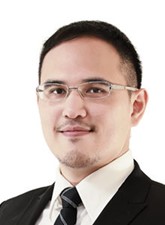 Kelvin is focused on investment in Telecom, Media and Technology (TMT) Sector. He is actively involved in identifying and evaluating investment in Mobile Internet, IOE, and software/hardware integration space. Prior to WI Harper, Kelvin was responsible for leading Global Business Development and Technical Marketing for Cloud-Computing startups, overseeing and creating new business opportunities. Kelvin also had more than 10 years of experience in Semi-conductor, Mobile platform and Telecom industry during his career in Ericsson and varies projects from Enterprise ERP, IT consulting to city-wise Taipei WiFi deployment and other new technologies. 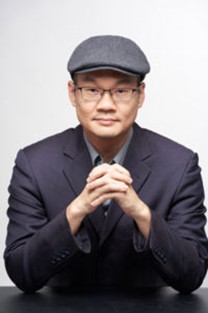 Dr. HP Wang is an active entrepreneur, investor, community builder. He brings together technology commercialization, innovation and startup entrepreneurship capabilities with focus on bridging ecosystems in Asia with the West. He was previously the Founding Executive Director of Techstars in Taiwan, after previously constructing and innovation center in Taipei; working as a Director of the Qualcomm-Techstars Robotics Accelerator; as well as serving on the staff of the Techstars IOT Accelerator in New York City. As an interdisciplinary technologist, his experience encompasses AI, robotics, blockchain, hardware supply chain / IOT, biomedical devices, and much more.

In his early career, he founded several startup companies, including a branded consumer electronics design & manufacturing company which sold products worldwide, an “Innovation Cafe” retail space and living laboratory; and the first tech co-working (and maker) space in San Diego, California, as well as a new one in Taipei, Taiwan in collaboration with MaiCoin, a leading fintech company.

Dr. Wang received a mix of bachelor’s and master’s degrees in Computer Science, Electrical Engineering, and Biology, all from Stanford University, and integrated these fields for his PhD in AI and Neuroscience from the Salk Institute and UCSD and is published in the journal “Science” for his scientific work. He is also a distinguished Mayfield Fellow (a program for entrepreneurial leadership training) of the Stanford Technology Ventures Program. 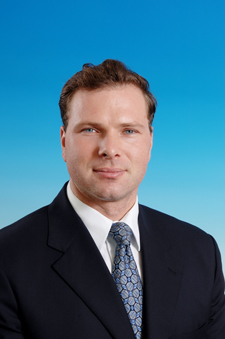 Originally from Vancouver, Mr. Seewald moved to Hong Kong in 2000, where he practiced Corporate Commercial law until he went in-house as Manulife Financial’s head of legal and compliance for Asia in 2006. He has represented large multinationals, as well as, entrepreneurs setting up business in Hong Kong and Mainland China. He also helped list a number of Chinese companies on the Hong Kong and Toronto stock exchanges.

Mr. Seewald is Chairman and Country Head of BlackRock Investment Management (Taiwan) Co., Limited. As Country Head, he is responsible for the management, leadership, and strategic direction of BlackRock’ s operations in Taiwan. 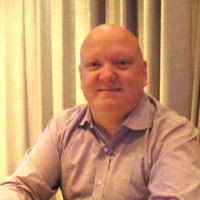 Philip Corri is an Irish entrepreneur who has lived in Taiwan since 1999. He has founded several companies in Taiwan. In 2012 he and his co-founders sold the company JAO Tech to BARCO for a significant amount of money. He has extensive experience in creating and selling hardware and software products, especially for the medical market. He is currently serving as Director APAC at ByTec. 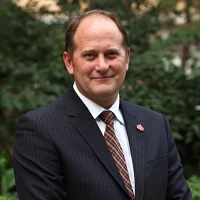 David Bostwick assumed his current responsibilities as Director of Trade and Investment at the Canadian Trade Office in Taipei in August 2015. Prior to this, David was Senior Department Advisor in the Office of the Minister of International Trade at the Department of Foreign Affairs, Trade and Development (DFATD) in Ottawa. David’s previous overseas assignments include Senior Political Officer at the Embassy of Canada in Beijing, PRC, Consul and Senior Trade Commissioner at the Consulate General of Canada in Guangzhou, PRC, Consul and Deputy Trade Program Manager (Southwest United States) at the Consulate General of Canada in Los Angeles, California.

Rupert Cao, Deputy Director for Trade and Investment at CTOT

Mr. Rupert Cao joined the Department of Foreign Affairs, Trade and Development in 2009. He is the Deputy Director for Trade and Investment at the Canadian Trade Office in Taipei. Previously he was Vice Consul and Trade Commissioner responsible for Sustainable Technologies, Education and S&T at the Consulate General of Canada in Guangzhou and Vice Consul and Trade Commissioner for Investment, Financial Services Mining and Advanced Manufacturing in Shanghai.

Prior to joining the Government of Canada, Mr. Cao worked as an auditor at PriceWaterhouseCoopers in the mining and financial services practice. 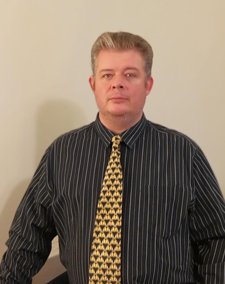 Etienne has been involved in the food and beverage industry in Taiwan for many years. He started Grillmasters out of frustration at not being able to source specific food products in Taiwan. Grillmasters began importing what was needed and then producing what he needed locally. This grew into a restaurant (The Fu Bar) on Fulong beach and eventually a catering company (Deliciously Different Caterers). Etienne also works as a kitchen consultant to hotels and restaurants.

Etienne has started three small businesses in Taiwan and understands the specific difficulties that small startups face in the Taiwan market very well. He has been a vocal supporter of positive changes to make Taiwan more open and easier to operate in.
Etienne is originally from South Africa and has been in Taiwan for 17 years. Before coming to Taiwan, he worked in IT support. Etienne was a senior support engineer for Dimension Data in Johannesburg. 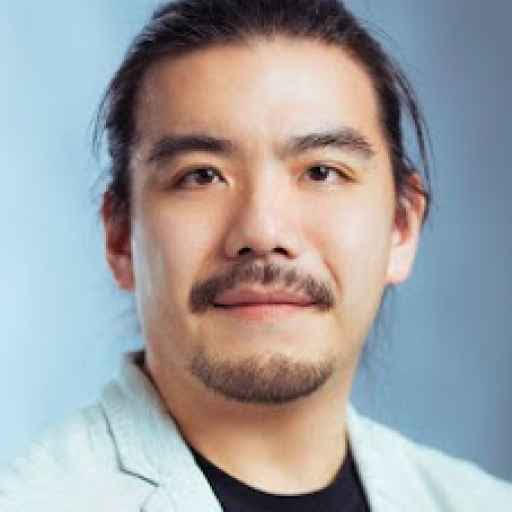 Fred is a serial entrepreneur and international speaker. His company had been featured on media such as BBC, The Economist, Wired, Forbes, Techcrunch, CNBC, and more. Apart from being awarded the most disruptive start-up by the British Royal Family, they are also voted by the public as one of the game-changers of wearable technology for 2017 and 2016 and has won the Red Dot award for best design concept award, iF award and Intel’s people’s award.

Fred’s roots are in London, with a focus in Innovation and Design. Starting out as an artist, curated art and fashion shows at the Tate Modern and ICA. Fred moved to commercial world working as a Executive Producer launching products such as the Google Live case for Google, and tech projects for clients such as Adobe, AT&T, Calvin Klein, Google, HP, IBM, Intel, Jaeger LeCoultre, McLaren, Mercedes Benz, Nokia, Samsung, Sony and Toshiba and more. Fred’s work has won over five dozen international awards, including Reddot best of the best, D&AD Yellow pencil, Webby Awards, FWA hall of fame and LA Movie Awards.

Fred has also headed positions at several reputable charities such as the being on the board of the International Paralympic Committee (IPC) Championship Sport WDSA, as well as being the Chairman of the Slough district Scouts in UK.